Our Time > About us > Our people > Staff 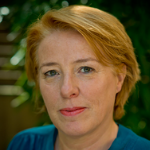 Dympna has a BA (University College Dublin) in Psychology and Philosophy, an MA in Psychology (Tavistock Institute London) and a Postgraduate Diploma in Systems Thinking, as well as professional training in psychoanalysis (Jungian). She has worked as an organisation development specialist in large organisations and has over twenty years’ experience of working as a consultant to top level executives in international public and private sector companies. Dympna is interested in mental wellbeing in its broadest sense, having trained and worked in therapeutic settings as well as applying her knowledge to the world of work and workplaces. She believes that the mind is our most powerful resource, and as such, determines much of our life experience. 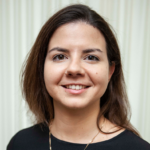 Helena joined Our Time in September 2018, in the role of development director, to promote, develop and expand the work of Our Time. Helena previously worked in local government for several years as a project manager, coordinating a range of change and transformation projects and reviews of public services, undertaking the National Graduate Development Programme as part of her training. Helena joined Our Time as she was keen to make a direct, immediate and positive difference to children and young people’s lives. Outside of Our Time, Helena runs a public speaking training company with two business partners, helping people of all ages and walks of life to build confidence and resilience. 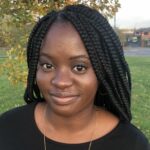 Olive joins Our Time from the Baytree Centre, a social inclusion charity for girls and women in Brixton, where she was the youth service manager. Working at Baytree taught her how valuable support for the whole family within the community can be for addressing poor mental health and building stronger familial relationships. Olive is also a writer, who is currently completing her debut novel. 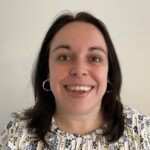 Georgie joined Our Time in November 2021 as office manager. She is responsible for supporting our senior leadership team and managing the day-to-day operational running of the charity. Georgie is passionate about raising awareness of the impact that poor mental health can have on family life and children, having witnessed poor mental health within her family and experiencing mental illness while caring for her young daughter, who has a serious learning disability. She firmly believes that the services Our Time provide are a vital part of the puzzle, helping to empower young people to move beyond the difficulties they experience as a result of parental mental ill-health. 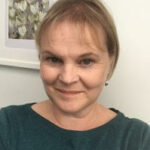 As a former Headteacher of two primary schools, Beth has direct experience of working with vulnerable children and families, including those suffering from mental health difficulties. She has led school teams to develop strong well-being cultures and believes in proactive teaching of skills to develop resilience and positive outcomes for children. Before teaching, Beth’s career was in strategic marketing, and she brings skills from both professions to Our Time. Outside Our Time, Beth works as a facilitator for Early Career Teachers and as a specialist teacher. She is studying at Oxford Brookes University to qualify as an assessor for dyslexia. Catherine has over 15 years’ experience in the charity sector, including four years as Deputy CEO and Director of Fundraising and Communications at mental health charity Changing Faces and fundraising leadership roles at Tommy’s, Girlguiding and Hospice UK. She is also a trustee for the Royal College of Nursing Foundation. Catherine has raised multi-millions for the causes where she has worked and has expertise across all fundraising income streams. She specialises in the high-value disciplines: trust prospecting and applications, corporate partnerships, soliciting major donors, and high-value events. This includes winning the Poundland partnership for Tommy’s worth over three million pounds, personally securing five, six and seven figure gifts from individuals and trusts and foundations, and winning The Telegraph newspaper partnership, who described her pitch as the best they had ever seen. Catherine was recently recognised in Fundraising Magazine’s 25 Under 35 list of outstanding young fundraisers, for her efforts supporting fundraisers during the pandemic. 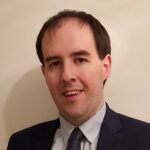 Andy joined Our Time in June 2022. He has over 15 years’ experience of young carers’ policy, practice and participation on a local, national and international level. Andy was part of the successful campaign to introduce legal rights for young carers and young adult carers, and in March 2022 he launched the Young Carers Alliance – a network of over 100 organisations committed to improving the identification and support for young people with caring responsibilities. In addition to his role with Our Time, Andy is also the head of engagement for the carers’ charity, Caring Together. Andy is committed to improving the support and outcomes for children and young people with caring responsibilities, having cared for both of his parents because of a range of physical and mental health issues. He graduated with a Law degree from the University of Cambridge, writing his dissertation on the legal framework relating to young carers in England and Wales. 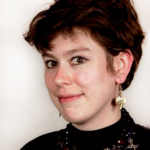 Chloë is an experienced project manager with cross-sector expertise and knowledge, particularly in the field of digital marketing, communications and branding. For over a decade, she has been working as a consultant and freelancer for a wide range of organisations throughout the UK, including Crisis, Shakespeare’s Globe, the Barbican, Hull York Medical School and Channel 4. Chloë started working for Our Time in 2017, project managing the delivery of the new website. She loves a challenge and enjoys finding creative but pragmatic solutions to help Our Time advance their invaluable work. 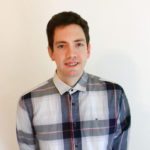 A passionate designer, illustrator and animator with over six years of professional experience; Owen has applied his artistic talents to e-Learning, teaching courses, art gallery promotion and children’s workshops. Beginning regular work with Our Time in June 2019, he previously created posters for 2018’s ‘Who Cares?’ programme. He’s excited to continue this work, helping to create activities, graphics and materials that will stimulate children’s imaginations and raise awareness of parental mental illness.