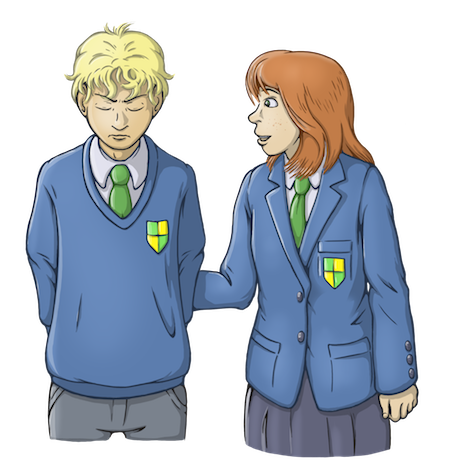 Stoke Damerel Community College have been greatly involved in the development and piloting of the materials for the ‘Who Cares?’ programme. The involvement in this project has had a positive impact on the school, the students and the staff. The three main areas this project has made an impact on is through the delivery of the module to two year groups; the involvement of the drama department in the exploration of mental health; and finally the young carers group that has been set up in response to the project.

During the last academic year, ‘Who Cares?’ was delivered to two years groups within the school. From the evaluation of this project it is clear that it has had a huge impact on both students and staff within the school.

The evaluation showed that students enjoyed taking part in the project, learning about a topic that is not widely spoken about in society, and it helped resolved some misconceptions that they had about mental illness. Students identified they were scared or apprehensive at the beginning of the project; however, as the sessions progressed and discussions developed the students soon felt relieved as they realised others were feeling the same.

Other feedback identified that students felt they were able to show a clear understanding of why they were taking part in the project and many were left feeling confident to talk about parental mental health and mental health more widely. A selection of students also acknowledged how they felt able to offer support to friends and family who may be suffering from a mental illness as a result of taking part in the project.

There were many staff involved in the planning and delivery of the modules. Staff who delivered these were provided with support to prepare for the sessions to ensure they felt comfortable and confident to talk about the topics being covered. Feedback from the staff was very positive. They commented on how confident they felt delivering the sessions, and how the sessions allowed them to build up a more open relationship with the students. As a result of the project, staff felt they could sensitively support students and have conversations around parental mental health and mental health more widely.

The long term benefit for students has been twofold – firstly, the development of their confidence and empathy, and secondly in specific development work in the area of mental health. The maturity they now have, the closeness and support they share, we see as a direct result of the work they did on ‘Who Cares?’. A number of them have become ambassadors for the school, speaking at major events and also meeting with the Secretary of State for Education when she visited in 2015. Their understanding and confidence to talk about mental health will be of lifelong benefit.

During the project, more than one student was able to identify themselves as a young carer. For others they felt able to recognise their own mental health issues and to seek help and support. This had an impact on the whole school – one female student went on to work with MIND. She then worked with her drama class, devising and leading a series of workshops. This culminated in a performance which was seen by the whole college population in assemblies – over 1,000 young people.

Finally, here at Stoke Damerel Community College, we now have a young carers group that offers support to students who may be a carer for a parent or sibling with a physical or mental illness.

The group has been developed over the last three years and meet on a fortnightly basis. During these meetings the group spend time taking part in a wide range of activities that offer relaxation and time away from their caring role. Since the ‘Who Cares?’ programme has been introduced within the school there has been an increase in the number of students attending this group who have a parent or a sibling with a mental illness. Being involved in the ‘Who Cares?’ and the young carers group has allowed students to recognise they are not alone in their caring role and realise there are many other students within the school who are carrying out similar roles at home every day.

The benefit for the school of this project is that, through the vehicle of ‘Who Cares?’ and our working relationship with Our Time we have become a mental health aware school. It has become embedded in our culture and something we, staff and students, are very proud of. We look forward to continuing the work of ‘Who Cares?’ within the school and continue to observe students engaging in the project and removing the stigma based around mental health. 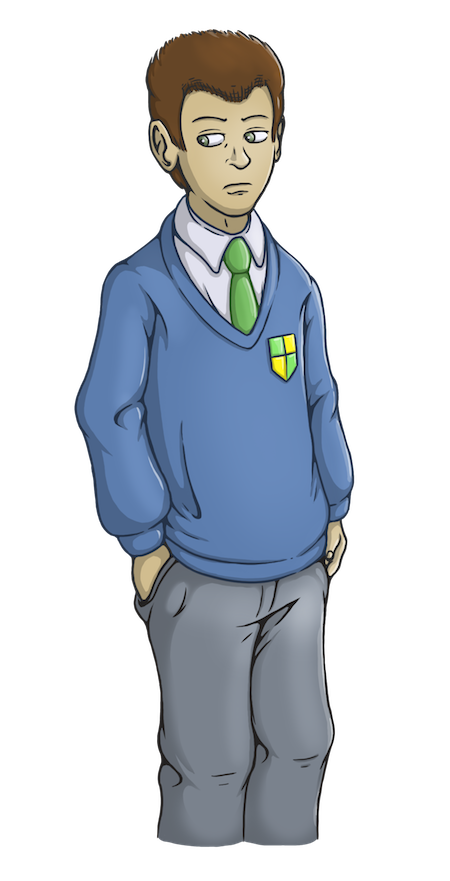 Joel, 16, cares for his father, who has physical and mental health problems. He was helped through the ‘Who Cares?’ programme.

“I was 13 when Dad got ill. He had depression and chronic heart disease, and loads of other things. I had to cook every night, do dishes, clean up. I wasn’t able to concentrate on school work and had really bad grades. It was complicated because no one knew l was a carer. I didn’t have any school friends, and was on my own every day. Through the ‘Who Cares?’ programme I now recognise myself as a young carer, and that there are others like me. ‘Who Cares?’ has given me a voice. I opened up and told my stories to my peers who now understand what my life is like, and why I am sometimes worried. The world is no longer such a dark and frightening place. I feel that the ‘Who Cares?’ programme has saved my life.” 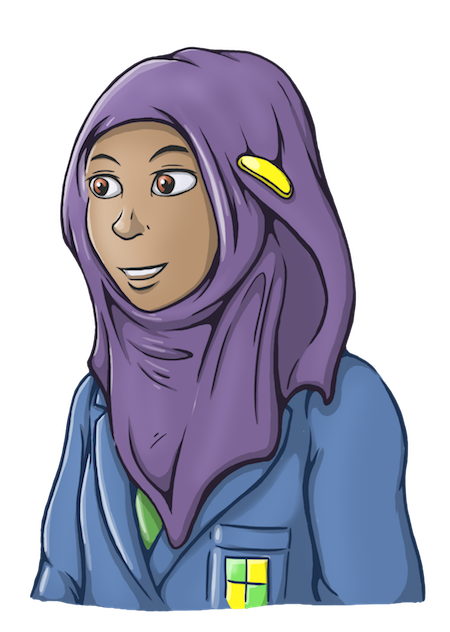 Following the initial awareness-raising session from the Our Time team, the ‘Who Cares?’ film was shown to the whole of lower school in assemblies, followed by discussion in tutor time.

The impact of this was seen in our formal evaluation, but that did not capture the whole school impact, which was observed in other ways. Students became more empathetic as their awareness of the impact of mental illness grew, there was an increased kindness among students, and a the fear of disclosing that life at home was not perfect was reduced. There was also the growing realisation from staff that mental illness at home could be enquired about more openly, using skills that pastoral school staff already have in abundance, and did not have to always be discussed in hushed tones or speculated about. Mental illness and physical illness are not so different.

From people who came forward and self-identified as children of parents with mental illness (COPMI), as well as those staff identified, SMS formed a lunchtime COPMI young carers’ group. They have since decided to open up this popular but small lunchtime group to include all young carers, as so often there is a mental health aspect even to chronic physical conditions.

We found that the single most significant aspect of the training is when staff realise that they can begin to explain mental illness, without medical or psychiatric training. Our Time emphasises that, as teaching staff, they are the experts in helping children explore ideas and invite them to develop their own ways of working with the children and young people, cross-curricula. Our Time has a wealth of material/resources and expertise which can support the work in schools.