In August and October 2018, the London Bubble Theatre Company ran drama workshops in partnership with Our Time for young people aged ten and over whose parents have a mental illness. Over the week, the young people created characters and explored themes relevant to their lives, including young people’s relationships, school, family, police and financial issues.

Here you can see some feedback from parents for London Bubble’s October half term workshops, which were carried out in partnership with Our Time, SpeakerBox and Power2. 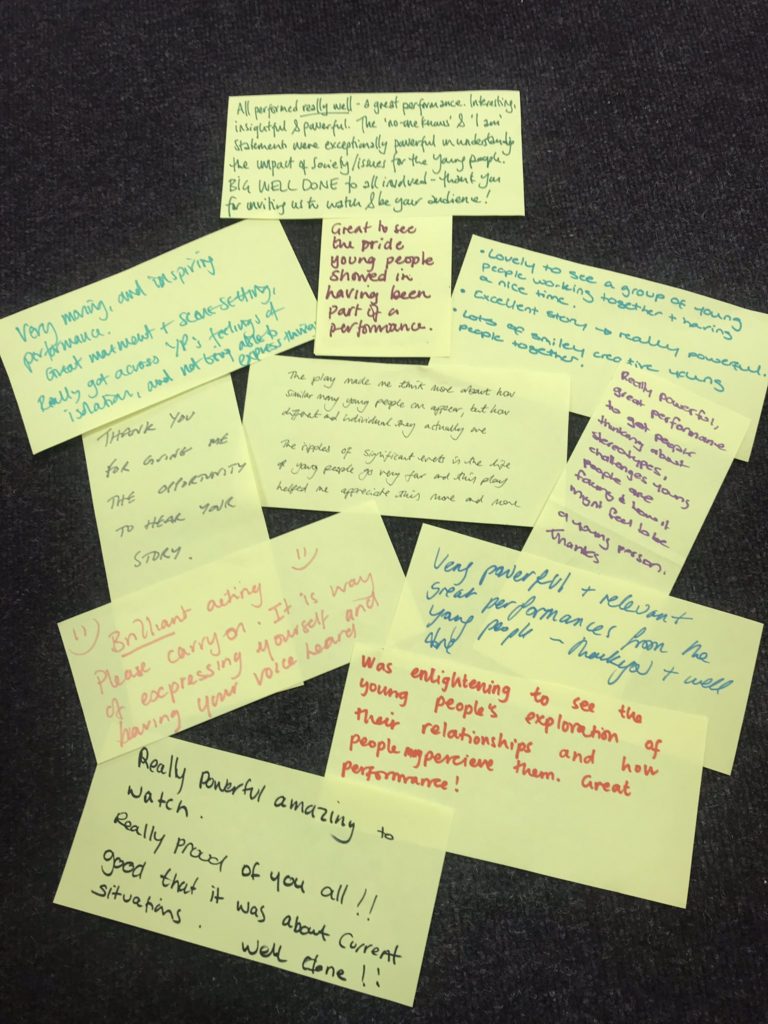