Ideas to create an alternative journal about your life | Our Time 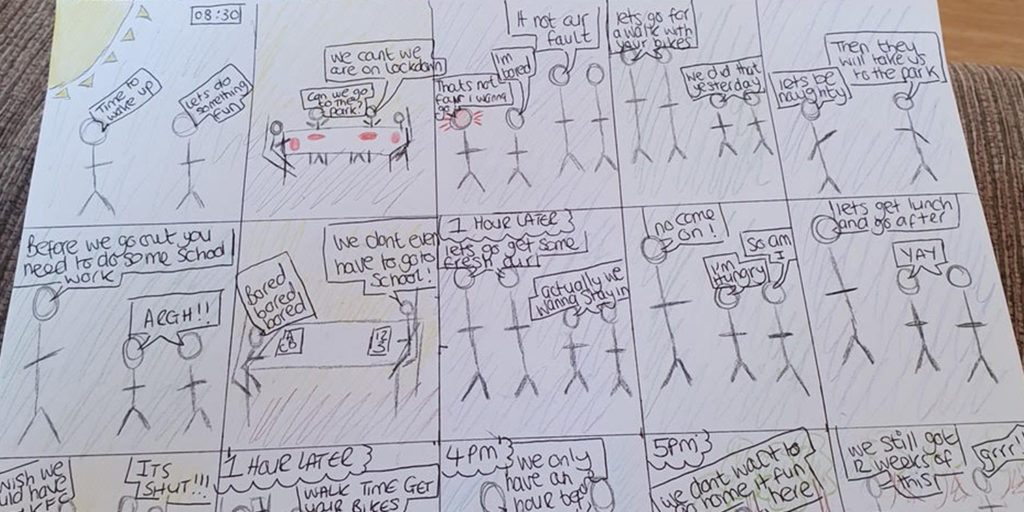 Have you ever kept a diary or journal?

Writing about your day, week or month is a timeless way to look back on what you’ve enjoyed, express your feelings and care for your mental health.

Also, it can be a great way to get creative and have fun!

A journal can be much more than a notebook. Why not try out some of these neat alternatives on how to write, draw or capture what’s going on in your life? 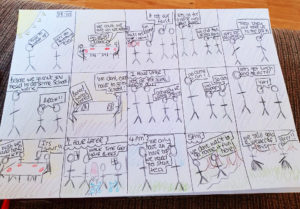 A comic created at a KidsTime Workshop.

Why not tell the story of your day or week through a comic strip? There are endless ways you could interpret your life in this format.

Remember, this doesn’t have to be an exact depiction of what happened, an imaginative approach could result in something really fun! Try adding in extra visuals, jokes or thoughts and feelings.

Pencilled, inked, coloured-in or digital – there’s no ‘right way’ to draw comics, but you could always try one of the following to get started.

‘Peanuts’ and many other short comics became famous through this format. While it might not seem like much to work with, short stories can be just as memorable and interesting as longer ones. Try capturing the most interesting, exciting or funny thing you’ve done recently in those four panels.

As a guide, think of each panel as the following in order: introduction, explanation, development and conclusion.

Re-imagine your life as a genre story

Want to add a twist of the fantastic to your comic journal? Try re-imagining your week as cool genre comic! Helping out a family member could be re-framed as an amazing scene in a superhero story! Spent a day trying to find something you lost around the house? Re-imagine the search as an atmospheric detective story! The possibilities are limitless!

Try making a comic at the end of each week divided among several panels. Plan out awards for each and draw a corresponding event or feeling that you think earns the award in question.

The awards themselves could be whatever you like, but typical ideas might include things like ‘best moment in the week’, ‘funniest thing that happened’ or ‘greatest achievement’. 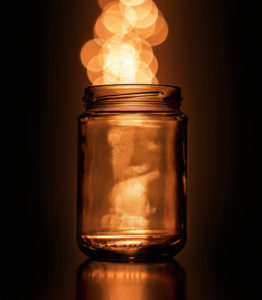 What kind of things will go in your ‘journal jar’?

Want to try an interesting spin on the time capsule concept? Try creating a ‘journal jar’.

To do this you’ll need a large empty jar including a lid. Over the course of a few weeks or a month try and create or gather one small thing that relates to your thoughts, feelings or activities each day and place it inside the jar.

Either way, make sure that what you put in the jar won’t be missed by you or family – house keys are not recommended!

Once you have either filled the jar or reached the end of the time you decided upon for collecting, put the lid back on and put it somewhere it will be safe. You may even wish to tape the lid on and apply a label with your name and ‘journal jar – do not open!‘

Taking note of the day you do this, set yourself a reminder for the same date next year; this could be as a note in a calendar, a reminder on a phone or written onto the jar label itself. This will be the day you reopen the jar.

Rediscovering these collected things capturing your thoughts from a year ago will likely be a unique experience, allowing you to see how you felt then, how your feelings have changed in the months since and what you may have forgotten along the way!

Alternatively, why not try creating a ‘journal jar’ to give to a family member once it’s complete? They could make one too, and as a creative exchange, you could trade once they’re full! 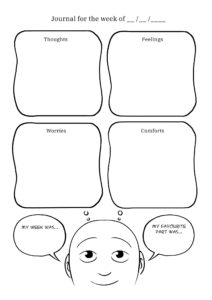 Print a copy of the template or create your own with a drawing of yourself!

What we’re feeling is often just as important as what happens to us and coming to terms with our feelings can be a key part of caring for ourselves.

As a way of doing this, why not try creating a ‘mood journal‘ entry at the end of each week?

To get started, either print out the attached template or draw your own version of it on an A4 sheet of paper writing the date at the top. As you can see it features four main thought bubbles to write or draw into:

The two speech bubbles at the bottom allow a chance to reflect:

You may be surprised at what you realise by filling in one of these sheets each week. It can be a great way to identify what makes you happy while learning to manage the things that cause you worry.

A journal can be quite a personal thing in some cases, but if you feel comfortable sharing your creations and they don’t contain too much personal information we’d love to see photos of them!

Younger readers should ask a parent or older family member for permission and help before sharing your creative journals to our social media: Twitter @ourtimecharity or our Instagram @ourtimecharity. 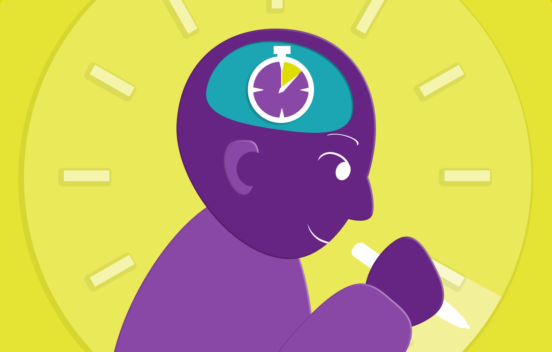 Creating a time organiser chart may not sound super appealing at first, but it can actually be an extremely fulfilling way to make the most of your time.
View
Schools' Resources