Being myself | Our Time

Our Time > Stories > Our Time’s Views > Being myself 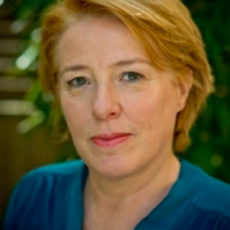 “How can I be myself if I have to adjust to my mentally ill parent? I need to put them first, to build my life around them because they need me and I am the only person who really understand them and how to look after them. I don’t need anybody.”

Children of parents with a mental illness often come to school from very chaotic homes where they are hyper-alert and very stressed.

They keep the problem hidden because they do not want anyone to know due to stigma and shame and they do not identify as carers because they are fearful of interventions that they see as making matters worse rather than better.  This is one thing they rarely reveal to anybody, not even their best friends. I meet many adults who have never revealed this significant part of their story to anyone and sometimes not even to themselves.

“Give me a Voice: I want to be recognised, seen and heard, I have something to say and I want some answers, please will you talk to me!”

I recently talked to some teenagers who allowed me to see what growing up in a household with mental illness was like for them. I was shocked, frankly.  I heard that adult mental health workers, GPs and social workers talked over the children when they visited the house, they ‘took over’ when the parent was in crisis and failed to understand that the children needed to know what was happening, had information that was useful, were frightened and protective of their parent. The lack of a voice or even common courtesy added to the stress that the children were under and added to their sense of everything being ‘out of control’.  These teenagers were clear that they cared deeply about their parent, wanted to look after them and yet had no voice and no part to play. The fear of lack of control often had a long-lasting effect on the young person, many of them suffered OCD as they grew up and they also talked about the different losses they experienced giving rise to hoarding behaviour whereby they held on to objects because they need some security and things are more reliable than people.

We need to address the specific issues associated with looking after a parent with a mental illness, for example, the attachment issues are different than those who look after a physically ill parent or a parent with a long-term condition or disability.  Mental illness gives rise to emotional detachment and unreliable care and this may cause the young person to avoid relying on adults, to reject care because they need to be able to look after themselves.

A Mind of My Own! This is a cry that we hear often. Because it is difficult to get close to a parent who has a mental illness the children find a way to be close by taking on the disordered beliefs and thinking of the ill parent. It is essential the children of parents with a mental illness are able to think about the illness as an illness rather than a total description of the person, this allows for more discussion and the ability for the family to plan for the crises, to work together to deal with the situation and to find ways to have some space to be themselves. Having a separate mind is important in developing resilience in which the young person is able to have their own mind, to have thoughts and feelings of their own which can be attended to, which can have the attention they need.

These children have been more or less forgotten by every service and we are almost the only country in Europe who have not addressed this significant risk to children and young people’s mental health.