Being Seen and Heard in School | Our Time 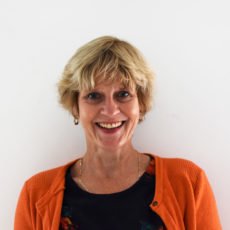 In the last 20 years, working alongside children and young people as a school nurse and more recently as a looked after children’s nurse, I can think of many times when my understanding of what children say they need has been invaluable.

Before I discovered Our Time, it was a different story. I often felt helpless, when aware that something was not right for a child, but I lacked the specific knowledge and skills to help them or even to discern quite why they might need support.

One day at school about 10 years ago, I was asked to attend a professionals meeting about a 16-year-old girl because it was suspected that plans were being made by relatives, for an illegal arranged marriage. All I knew was that this young person had a mother with a significant mental illness, which meant her mother was unable to be consistent in her care. This was the meeting at which I met Alan Cooklin (founder of Our Time), and the door to Our Time and a world of fresh understanding first opened for me.

The main difference about this meeting was that Jai, supported by Alan and the Our Time approach, did not seem to feel awkward or embarrassed about explaining to the whole assembled panel that her mum could not be at the meeting because she was in hospital. She went on to describe the impact of her mum’s illness on her whole life, in a natural, articulate way.

I was struck by the way this reframed the whole meeting: we were able to make decisions about Jai’s life with her, rather than just about her. For once, the nursing maxim ‘no decision about me, without me’ was being put into practice. Jai’s voice was heard loud and clear.

Shortly after, I met another young person whose life was being transformed by Our Time, Lucy.  Lucy, her mum and little brother had been referred to Our Time by an enlightened social worker, when Lucy who was in Year 8, quite literally lost her voice at school. She had become completely silent and when this was picked up by concerned staff and friends, it became apparent that Lucy was unconsciously crying out for help, using the most powerful tool of silence.

Our Time gave Lucy and her Mum the confidence to come into school with their social worker and discuss what was going on at home, explaining calmly that Lucy’s mum had bipolar disorder. Lucy was always the first to detect signs that her mum was having an episode. She explained to us all that when her mum was getting ‘manic’ as she called it, she would write her diary obsessively all night and draw circles on the walls in pen.

“Yes, I do that, but at the time it feels normal for me, you see. It takes Lucy to tell me what is the real normal, but by that stage it’s impossible for me to listen to reason.”

She paused and then added, “Lucy takes on all the adult responsibility. Our roles swap round. And I think that’s why you stopped speaking at school, wasn’t it love? To flag up that something was wrong?”

We were able to make a practical plan that involved Lucy calling the social worker or the Duty team if it was the weekend, who would alert the community psychiatric nurse and school. Lucy could go and stay with her auntie in south London if her mum needed to be admitted. As we devised the plan together, I could almost see the burden lifting from Lucy’s shoulders.

Practical solutions are often central, but they need to be devised in a spirit of openness, without the stigma, shame or judgement so often wrapped up in mental illness. Here we were making plans as though Lucy’s mum had something simple and mechanical wrong, like a bad migraine.

The complexities of what might be going on in Lucy’s head as she struggled to cope were not lost on the team. We were able to plan for Lucy to see an art therapist at school, to begin to unravel things from her perspective. But over the next four years this plan, with a little bit of tweaking, stood firm and helped Lucy thrive at school, supported and safe.