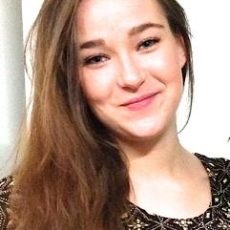 Kirsty started attending our workshops when she was eight years old and she is now an ambassador for Our Time.

The nature of mental health problems are often that they are confusing and unpredictable and this is especially true for people with bipolar, like my dad. We never knew when his next low or (even more scary) high would be. As I was young, most people wanted to ‘protect’ me from my dad’s illness, which in reality meant telling me that he had a serious condition but not to worry about it – yeah right! This provoked a lot of anxiety for me about how to predict my dad’s mental state from his behaviour, something I have since learned is rather unhelpful and just makes things worse.

Learning about my dad’s condition really helped me to relax and accept that you just had to go with the flow. I was taught ways of dealing with it if he did become ill – like who to tell and who to get help from, and most importantly techniques to help him feel better more generally. After all, all you really want in that moment is to help your parent feel better. I also learned from professionals what were strong signs of him getting worse. This made me feel much more in control and allowed me to realise when it was worth worrying about him becoming ill, meaning I spent less time worrying and freaking out over small, insignificant signs. It really is the oldest trick in the book: learning what to expect means you feel more prepared and confident in handling the situation. Having an explanation made me feel more removed from the illness.

People don’t talk about mental health problems – it’s all very hush hush. We all just pretend it isn’t happening, as this is much more comfortable than having conversations about them and sharing experiences. Well, for a child living with a parent with a mental illness, or anyone living with such a person, it is simply impossible to sweep it under the rug. It is blatantly obvious, yet your parent’s natural protective instincts and the deep-rooted stigma in society teaches you to avoid the topic.

Going to KidsTime Workshops and learning about my dad’s mental illness reversed all of this with a simple conversation. It lifted the heavy burden of embarrassment from my shoulders and made me feel much more comfortable talking about it with other people – whether they liked it or not. It got rid of any myths I had picked up about mental illness – like it was shameful to have mental health problems or not be able to work  – because you learn that this is natural and understandable. This made me feel much better and less embarrassed.

When you are a young person caring for a parent with a mental illness you can feel lost and confused about your place in the system that is designed to help your parent. On the one hand, the adult mental health professionals frequently depend on their patient’s child, regardless of age, for detailed information regarding their parent’s behaviour and medication e.g. drug names and recent doses. But on the other hand, you could think that professionals were actually unaware of these children’s caring role, because when it comes to support for them, there is next to nothing; particularly for children of mentally ill parents. Learning about my dad’s mental illness finally made me feel like this caring role, that I was very aware of doing, was being respected. I was being given the recognition I deserved. I dealt a lot with my dad’s doctors and health professionals, and even after disclosing really distressing information to them about him, I was never asked how I felt about it, so the contradiction was painfully apparent for me. Being given somewhere to go to learn about my dad’s condition and difficulties was a real relief for me; it felt like a sign of respect or celebration of my hard work – hard work that I wouldn’t change or have anyone else do for the world.

Learning more about a parent’s mental illness can help children be more understanding of their parent’s difficulties, be more sympathetic and feel less to blame

Despite caring very much for and loving my dad, his illness and resulting behaviours led me to have some very complicated and conflicting emotions. Being acutely aware that your parent was less able to do what other parents could do, or would excessively worry about something that your friends’ parents didn’t worry about, was inconvenient at the best of times; anger-provoking at other times; and, at the worst times, left me feeling like I was the problem or to blame. Learning about my dad’s mental illness gave me huge amounts more empathy for him. This was from being able to understand that he couldn’t help how he was feeling and that sometimes the behaviour he displayed was the last thing he actually wanted. It also helped me realise that I was not causing him to be upset, or angry or quiet all day. I genuinely believed that I was to blame for his emotions when I was younger, but learning that the emotions were down to having a mental illness and why having a mental illness makes you feel a certain way took away this guilt. Feeling solely responsible for causing someone’s emotions is also difficult because you feel like you are also responsible for making them happy too. This means I could feel like a failure if I didn’t make him feel better. Learning about his illness made me able to feel less guilty when he was sad and I was able to relax more with the understanding that it wasn’t all in my control. This helped our relationship because I also knew that he wasn’t just mean or frustrating on purpose – it was his illness. And I didn’t feel bitter or angry at him for the things he wasn’t able to do. Being able to realise this at an early age definitely helped prevent this from affecting our relationship. I didn’t blame my dad for his differences like I used to; I understood it was his illness.

By being able to understand what was happening to my dad, I could explain it to friends that might notice something was up, without feeling embarrassed. Some of my friends had a lot of questions too, once I actually spoke to them about it. It felt really good to be able to answer them. I felt like my friends/classmates were a lot more understanding and less likely to tease me about it if I was confident in explaining my dad’s situation.

Kirsty started attending our workshops when she was eight years old and she is now an ambassador for Our Time.