The bravest mothers I have ever met | Our Time 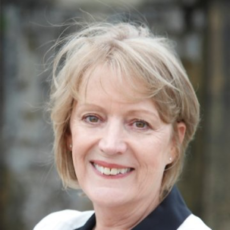 Louise is a trustee at Our Time and an executive coach.

A couple of weeks ago I met some of the bravest mothers I have ever met.

They were all giving their time freely, bringing their children along on a sultry summer’s evening to share their experiences of parenting. They were contributing to a focus group held by Our Time to support its bid for new funding to start KidsTime Workshops in a particular London borough.

As well as being mothers (fathers were invited, but this group ended up being all women), all five of the participants also had a mental illness. After the introductions and a warm-up game to help everyone feel more comfortable with each other, the children (aged from eight months to 14 years) talked and worked in one room with an experienced facilitator, whilst the mothers stayed in the next room with their own facilitator. I chose to stay with the facilitator and the mums.

This was the first time this group of mothers had met, and I was immediately impressed with how quietly supportive and respectful they were towards each other, taking turns to listen and also happy to contribute to the discussion. This was the first thing I learnt; that it is relatively unusual for a group of parents in the same predicament (struggling to bring up their children at the same time as deal with their own mental illness) to be in the same room together, talking about their experiences. Instead they will have fairly frequent but separate one-to-one conversations with the various professionals they have to see, which, although helpful, does nothing to ease their sense of isolation (“You feel alone, I am surprised to hear that others have the same experiences”).

The second thing I learnt was a little upsetting. ‘Mother guilt’ is something no mother is immune to. But if your depression sometimes makes you take to your bed for days or even weeks at a time (“You want to be in your room, draw the curtains and retreat”), and you know that your child or children are left to get on with things on their own or even look after their younger siblings because just at the moment you can’t, that can make you feel even worse (“I’d love for her to have someone to talk to – she holds stuff in – but then she will write a story at school and all the people in it are mad”).

Worrying about the impact of your illness on your children was a common theme. One mother even expressed the fear that her baby found it hard to settle, and cried a lot, because she had cried a lot when she was pregnant with her. Others shared that their children had, in fact, already received diagnoses – of ADHD, PTSD – which they saw as a direct response to their own mental ill-health (“It’s doubly hard when your kids have problems because you think you may’ve caused it”). What an awful belief to have to live with.

But the greatest learning came when the mothers and children re-grouped. While their mums had been talking, the kids had been drawing and writing on the whiteboard – expressing their feelings about their mothers’ illnesses and family life in general. Some of the mothers were visibly taken aback. Faced with the evidence of their children’s understanding, concern for them, and fear of the situation the family was in, they had to acknowledge that they hadn’t done as good a job of protecting them as they had thought.

I hope there will be a KidsTime group in this borough to meet the needs of these parents and their children. As one focus group participant, addressing the whole room, so succinctly put it: “We are mothers and we have come here today because we care about you. And we care that our moods may affect you. And we want to help.”