Have you heard of COPMI? | Our Time

Our Time > Stories > Our Time’s Views > Have you heard of COPMI? 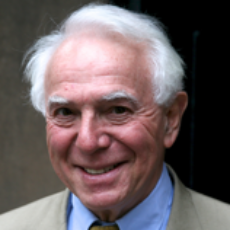 Alan is a family psychiatrist and founder of Our Time

If you live in the UK you probably haven’t heard of COPMI. That’s because the UK government does not recognise children of parents with mental illness (COPMI). If you are a ‘COPMI’ and you live in Australia, Norway, Sweden, Denmark, Finland or Iceland you will be recognised and have services to support you. In the UK, we do recognise young carers, and some of those are also COPMI, but it is estimated that there are between 175,000 and 700,000 young carers – while in the UK, COPMI are estimated at 3.4 million.

So that’s a lot to cope with, on top of which they may believe and fear that they are likely to develop the same illness – especially because many people carelessly and inaccurately say things like ‘it runs in families’.

So what of relationships and with whom?

Many children of parents with a mental illness can find relationships with friends and others of their own age to be difficult, and as a result may pull away from other young people. Sometimes they feel their lives cannot be understood by others, and they may be too embarrassed by their ill parent to invite friends home, and sometimes the ill parent may discourage contact with outsiders. Also, sometimes they may be teased or bullied about their ill parent. And, even with adults, they may find it difficult to trust that they and their life will be understood. Finally, they may also be shy and want to stay at home if they felt very insecure while growing up.

Research has shown that even if there is ‘illness in a family’, good and supportive relationships can help these children to be no more vulnerable than anyone else. As highlighted by this year’s Mental Health Awareness week: good relationships are fundamental to our health and well-being.