KidsTime Workshop in action | Our Time 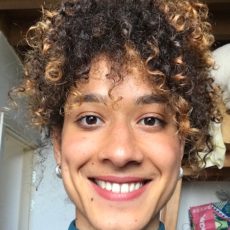 Yolande is the drama lead for Brent and Westminster KidsTime Workshops

The day was excellent. The sessions are just getting better and better. We are getting to know each other and people are more comfortable and being themselves.

As the families arrive, quiet music plays in the background. They help themselves to refreshments and write their names on the board in a coloured pen. Staff help everyone to settle.

At the beginning, we play a few games, which work really well. In a circle, we pass a ball around saying our names and our favourite foods, which enables them to step out of self-consciousness and find common interests.

Jo did an exercise with marbles, demonstrating how the build-up of thoughts and worries can create a blockage system, making other thoughts not come through properly. Everyone had a marble and gave a worry to put in the cup. Adults and children were so open with each other – the adults were interested to hear the kids’ worries as well as wanting to voice their own.

The children were getting restless so we spontaneously opted to do the drawing of the thoughts being voiced in the circle. They became fully engrossed with what was being said and drawing it while spread out on the floor with big sheets of paper, working hard to get all the points down – these were ‘things you do to make you happy’. They voluntarily gave their drawings to the adults, who were very impressed. This led nicely onto the kids’ drama time, as they were already in that space.

We then split into a parents’ group and a children’s group, with the adults going to a different room, with Jo and the children staying with me to do drama games.

We played the game, ‘what’s in it?’ – this was an improvisation to guess what was in a fragile object, using imagination. At first, some children thought it was silly but then ideas started pouring out and they became immersed. This highlighted the importance of creating a space where kids can allow themselves to express emotions and reactions that may appear traditionally ‘silly’ or ‘wrong’ in other contexts.

We played ‘musical statues’- this was FANTASTIC! Great moves and concentration to stay in the game. Through this game we saw some of the boys becoming engaged and this continued to play a positive effect on their behaviour and the group’s energy.  The group became really united after this.

We developed a play about zombies and someone running away. The story followed a character who was running away to a ‘haven’ but then the zombies started breaking in, so she uses her magical power to shine them off, and it works. Then they become their normal selves as if they were not aware what happened when they were zombies. We rehearsed this three times, refining ideas as we went along. It was fantastic. We bowed at the end to the camera.

This was all we had time for. It was a great session in terms of using the time to set a structure of playing, making and filming. We got to explore ideas, practised rehearsing a piece of drama, had fun and shared ideas, allowing ourselves to be spontaneous but knowing the boundaries of respectful behaviour.

A ‘difficult’ child was on such good behaviour and he continued to engage by offering to help set up the film space and wanted us to tell his mum how well he’d been doing.

At pizza time and show and share time, the kids willingly gave an intro to each section of their film clips whilst people ate pizza and applauded.

We took the teenagers in a different space– their main activity was, ‘What is stigma to you?’ which they explored through drawing, and afterwards, explained to the group what they’d done. They did not want to show their video, so they showed the drawings they had produced and explained them to everyone. People were amazed by the strong thoughts the drawings contained. We were really happy to use the talents of the young people to create the visuals. The exercise revealed thoughts and feelings about their experiences and understanding of stigma.

Overall, it was a great day where clear progression was made. The challenging behaviour from a few children was dealt with by one-to-one engagement and this helped those children to be a lot calmer and focused. They became more engaged in group conversations and were able to share their body map drawing. Their influence on each other and self-awareness has increased and they are  becoming aware of the value of positive behaviours and communication in the sessions. It is touching to see that once they begin to recognise their strengths and abilities they want to share these with their parents and have them acknowledged.

We finished with the kids saying they didn’t want to take a break for summer holidays. It felt as though the adults had been inspired by the kids’ way of being – there is a sense of greater consciousness and appreciation with praise growing in the room.