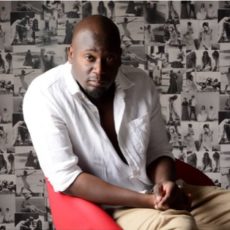 Michael is a keyworker in a North West London Early Help team. He has been volunteering with KidsTime Workshops for approximately a year as a co-facilitator. His year attending KidsTime Workshops has inspired him to pursue studies in drama therapy in addition to his main role.

I have witnessed the positive impact that KidsTime Workshops have on both children and parents who attend. I’ve discovered there’s a typical pattern of children starting off shy before opening up after approximately 10 minutes of arriving.

I am of the opinion that starting the session with everybody sitting in a circle fosters a togetherness amongst children, parents and volunteers. This is followed by ice-breaker games and then a themed activity the children are prepared to participate in. The Brent children have responded well to inclusive instructions from facilitators.

I’ve witnessed children sharing their experiences without prompt, particularly through play. These experiences include home past-times, to disclosures of daily struggles, such as a mother sleeping for long lengths of time.

When we review the video piece recorded at the workshop, the children often respond with great interest and excitement at seeing footage of themselves. Whilst parents are able to use the viewing as a time of reflection and begin to understand what their children are feeling.

There was also an occasion when we offered to cancel a session as it was to commence the day after a Bank Holiday, but lots of children and parents wanted the session to continue, so it did.

KidsTime Workshops make a difference as the children have an opportunity to express themselves through play with themes that they feel they can relate to.

In my final session, I was able to go into the parents’ room where parents shared some very personal information. One parent said that she had gone through a period recently where she did not have any energy to go anywhere; however, her son insisted that he wanted to attend the KidsTime Workshop, which they did. This is an example of how meaningful these workshops are to families, especially the children.