Response to the Children’s Commissioner Report | Our Time 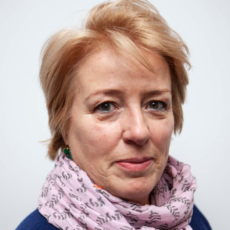 I have just finished reading the report ‘Are they shouting because of me?’, which was released by the Children’s Commissioner’s Office, and I feel shocked and saddened. The testimony of children, from eight to 19 years old, tells a story which should ring alarm bells for everyone. The children come across as more adult than their parents and more responsible, with many caring for younger siblings and trying to protect them from the chaos and violence in their homes. Many are puzzled by the behaviour of their parents and all are trying to help their parents be the parents they need. There is a strong thread of shame in their testimonies, which leaves them with very little self-confidence or ability to make and maintain friendships.

They become ever more isolated and retreat to their bedrooms where they self-harm or live on their electronic devices. Some find comfort in reading and others are determined to get on in life, but they have to do this alone and against all the odds. We should make it easier for them to take advantage of what little resources are available, but their fear of ‘the system’ makes that very difficult. Many of the boys in the study were further excluded because, once away from home, their pent up anger and energy was turned against anyone who got in their way; some even admitted to becoming schoolyard bullies themselves. Girls were also negatively affected, and the report highlighted the fact they often enter abusive relationships and think this is ‘normal’.

The picture that emerges from this report is worrying because the numbers of children who live in these environments is growing as mental health overall deteriorates. This week the OECD published a report called ‘Health at a Glance’ which is a major annual review of the extent of ill-health, prevention and care across the European Union (Guardian Newspaper 22/11/18).

‘Mental ill-health is costing the UK more than £94 billion every year, counting treatment, social support costs and the losses to the economy from people who cannot work, according to the OECD.’

This shows that we can no longer afford to ignore these problems. As an increasing number of households have one or more parents with mental illness, alcohol problems and domestic violence, more and more children grow up to repeat the cycle, because that is all they know.

In this report the research shows that 3.7 million children and young people live in a household with moderate or severe mental illness. 70% will develop mental health problems by the time they grow up.

Why are we failing our children in this way?