The impact of ‘Who Cares?’ in schools | Our Time

Our Time > Stories > Family Stories > The impact of ‘Who Cares?’ in schools 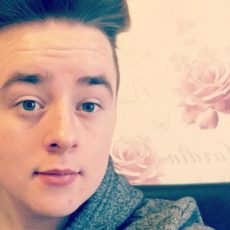 Joel cares for his father, who has physical and mental health problems.

Through the ‘Who Cares?’ project in school, I now recognise myself as a young carer, and that there are others like me.

My peers in class now understand what my life is like, and why I am sometimes worried. I used to think that I was nobody, but it’s like ‘Who Cares?’ has given me a voice and that sharing my experience can help others.

Me and my dad have a future. The world is no longer such as dark and frightening place. I feel that the ‘Who Cares?’ project has saved my life.

I was 13 when Dad got ill. He had depression and chronic heart disease, and a lot of other things. I had to cook every night, do the dishes, clean up – everything I thought Dad would do. It wasn’t so bad that I couldn’t bear it but I wasn’t able to concentrate on school work and had really bad grades in English and maths.

It was complicated in the beginning because no one knew that I was a carer.

Until I saw the ‘Who Cares?’ film I felt isolated. I didn’t have any school friends, I was on my own every day. Sometimes I wouldn’t go home until seven or eight because I didn’t want to. But that has all changed because I have opened up and told my stories.

After I did this, others in my class changed their way of acting. It has helped me to talk. It was easier to talk to a group than one-to-one. Now it’s better and easier, but my dad won’t get better. It will be like this until I leave home.

There are good days and bad days. Dad doesn’t see himself as ill, he is always going to be stuck with it but I find it easier to cope now. And my grades have picked up. I have now heard of people having the same or worse problems but have never met them face to face.

My advice to anyone in the same boat is to speak to someone before it’s too late. When you are in the situation you feel isolated and don’t want to speak to anyone because you feel no one will help and you think you are the only one with those problems. Speak to a family member you can trust, or a teacher, or a friend you can trust. We young people don’t get enough information about this. The authorities don’t really know how we feel. They should come and talk to people like us. Posters and books could help to inform and help us. Our Time and ‘Who Cares?’ are doing that.

It’s nice to see someone in your situation and watch what they do. When I saw the first ‘Who Cares?’ film, I realised that was me. That’s what I’m hoping this film will achieve with others.