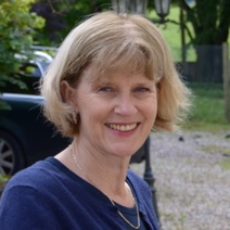 Offering effective support to the children of parents with a mental illness is vital for good health outcomes. Jess Streeting describes an inspiring project at Our Time which does just that: working with school children to improve their resilience.

People are not always aware of the distinct role of the school nurse. In essence, we take over where health visitors finish, promoting the health and well-being of the school aged population, aged from five to 19 years old. We work closely with schools, children and young people and their families, helping to lower barriers to learning and supporting young people to navigate the path to health.

Our work is fascinating, fun and challenging. At present there are fewer than 1,400 qualified school nurses in the country.

One project, very dear to my heart, is the ‘Who Cares?’ project at Our Time. The project was founded by Dr Alan Cooklin and offers information, resources and support to children and young people who care for, or are affected by, a parent or sibling’s mental illness. Our Time focuses on improving the child’s resilience through engaging him/her in explanation which can make sense of their parent’s less rational behaviour.

I first became involved with ‘Who Cares?’ when piloting a project as a full-time school nurse in one diverse, high need London secondary school. There, we ran a young carers’ group, specifically for young people who have a parent with mental illness. The group, facilitated by two family therapists and very much led by the young people themselves, had the full backing of school and governors, who demonstrated unusual insight into this often-overlooked group.

With the support of Our Time, we made a film about the impact of having a parent with mental illness. Many of the young carers took starring roles in the film, which features a boy called Jas who is struggling to get homework in, be on time for school and care for his sister, whilst keeping up appearances at school. Jas is also getting teased by peers and when he retaliates at comments about his mum, his teachers are puzzled at his uncharacteristically volatile behaviour.

As well as outbursts of anger, teachers have noticed that Jas seems withdrawn and disengaged in class.

You can watch the film which also contains comment from teachers, support workers at school and Jas’s little sister, who is a bystander at the fight, elsewhere on the Our Time website.

This was our first film for ‘Who Cares?’, although Our Time has been using drama and film workshops as part of their work with families for several years. ‘Who Cares?’ is distinct from the other elements of Our Time because it is a school-based project. Working within the school environment has many advantages, not least the potential to reduce stigma based on misconception around mental illness, in the whole school community. Interestingly, the young carers had wanted to call this part of the charity ‘mental’, as a direct challenge to this stigma. It was adults who struggled with this title, particularly when we were looking for funding support from larger professional bodies. ‘Who Cares?’ was the children’s imaginative, if pragmatic alternative. From the initial success of this film, ideas flowed, the best often generated by the children.

For every 1,000 children and young people aged between five to 18 there are between 110 and 220 whose lives are affected by parental mental illness, but like Jas in our film, these children can be hard to identify. Referred to as ‘the invisible dimension’ in some studies, they may present at school with deteriorating attendance, low level behaviour issues, or unwillingness to participate in afterschool clubs or plays, because they have commitments at home, which they do not feel they can share, and responsibility more burdensome than their peers. Having a parent with a mental rather than a physical illness can carry additional strains for the child or young person, which can set them apart from other young carers.

Although COPMI is an Australia-based initiative, their research shows their work crosses boundaries as well as the globe, with their resources now increasingly adopted throughout the UK. One of their statistics highlights the importance of this work: the risk of developing mental disorders for children whose parents have a mental illness ranges from 41% to 77% (see further information box for website details).

The ‘Who Cares?’ project is able to address these needs by working closely to individual schools’ requirements, with a flexible programme of training from a skilled worker, informed in large part by the children identified in the early stages of the programme. For example, one marvellous school in Plymouth, Stoke Damerel Community College, has embraced the project and made it their own. In February 2014, despite extreme adverse weather conditions in the West Country, huge numbers of diverse professionals attended our initial awareness raising conference. With our tailored support, this school went on to establish a young carers’ group, and through cross-curricular work in school other young people came forward, recognising themselves as in need. In some cases, the school had been completely unaware of the home situation for their students. Finding a voice has transformed these children’s lives and they are now strong ambassadors for the work of ‘Who Cares?’, as well as keen critics of anything they feel to be disingenuous or unhelpful.

The importance of good communication

“No one ever sat down and explained to me and my brother what manic depression was. It would have helped”

I use this quote to illustrate the importance that children receive an explanation of mental illness; what it is, why their parent might be unwell and most significantly addressing the fear that they might ‘catch it’. A clear explanation can also meet the specific need for children to make sense of their parent’s illness, to help the child associate the illness with a set of neurophysiological processes, rather than just the parent’s emotional responses. This strengthens a child’s resilience. Explaining might also encourage a child to start to trust, which can mean they disclose more therapeutic need.

The good news is that helping is not so difficult; initially children are not asking for specialist counselling support, rather a neutral, listening adult who ‘gets it’, who they can turn to at school on bad days and ask to act as their advocate where necessary. Our training materials can empower whole school communities to understand more about the impact of parental mental illness as well as giving individuals the confidence to be that vital support.

For me this has been the most illuminating aspect; learning that we don’t have to be psychiatrists or experts to talk to young people about mental illness. Often they are the ‘experts’ in their parent’s condition, but no one has thought to consult them.

Before I was involved in the ‘Who Cares?’ pilot, I remember feeling at a loss to know how to help such children. I wrote in my diary:

‘Home. Watching my own kids safe in front of the telly after supper, I wonder how little Paul is tonight. His mum is mentally ill with a chronic condition that seems untreatable and the bullies are looming, press-ganging him into doing stuff he shouldn’t, late at night, out on the streets. He is such an easy target. The big boys won’t lay off him, when all he has to stand up for him on the estate are a vulnerable mum and two little sisters. How to ascertain his health needs? Is he in danger? I got nowhere today, but I think I asked the wrong questions.’

The boy I was writing about, Paul, spiralled fast, away from the protection of mainstream school and into the less tender embrace of the criminal justice system. I had not asked the right questions. None of us had. Maybe I would do better now. Maybe I would know that Paul needed fewer questions and more empathetic listening.

Several of the early ‘Who Cares? COPMI pioneers are now working in some capacity for the Our Time. I would like, finally, to draw your attention to Ambeya and Kirsty, both young carers, who have now graduated from university. Kirsty completed a 10k run and Ambeya has already walked the Great Wall of China and this year is trekking the Sahara. These young people do not want our pity, but they do deserve our boundless admiration.

Ambeya and Kirsty symbolise what can be achieved, if only children receive the right level of support and are listened to. I believe Who Cares? is a great example of a project which can reach out to other COPMI children and really make a difference. I hope this might inspire you to find new and innovative ways to do the same.

www.copmi.net.au The COPMI (Children of Parents with a Mental Illness) is an Australian initiative which provides information to professionals wishing to support families either individually or through community services.