We meet a young man who attended our KidsTime Workshops from the age of 11. Now 18, he has shared his story with us and how the workshops made a difference to his life.

My father became depressed after treatment for a cancerous melanoma. He became reclusive and lay in bed all day. My mum was often away from home as she was (and still is) looking after my ageing grandmother.

The KidsTime Workshops helped me far more than anything else. Firstly, they helped me to understand my father’s illness. I wanted to help my father, but I didn’t know how to. The KidsTime Workshops enabled me to talk to my father more, and they also taught me that I wasn’t going to be able to ‘cure’ him. They helped me realise that I wasn’t responsible for his depression and that I should leave his treatment to doctors and health professionals.

Secondly, I didn’t talk to any friends or family about my father’s depression so the KidsTime Workshops were the only place where I felt able to talk about it to other children and adults. The workshops were led in such a way that enabled us to talk to each other without awkwardness, and we always continued the chats over pizza at the end!

Finally, I know too that the sessions greatly helped my mum and enabled her to talk to me about my father in a sensible way. They also helped her ensure that my father was getting the help he needed.

Now that my father is somewhat recovered, he still feels very ashamed of his depression. He never talks about it and would prefer me to write this under my own name.

I know that my schoolwork and friendships suffered significantly when my father was depressed. It’s impossible to pinpoint a specific cause but I definitely felt excluded from friendship groups, partly because I couldn’t bring friends home. Even now bringing friends home is difficult as my father’s self-care is minimal.

The discussions at KidsTime Workshops helped me come to terms with my father’s illness and showed me that I wasn’t alone and that many other people were going through similar experiences to me. They gave me confidence that just because my father was depressed it doesn’t mean that I will become depressed.

Perhaps most importantly, the KidsTime Workshops achieved everything in a friendly nurturing way, and I never felt like I was being cross-examined or criticised. 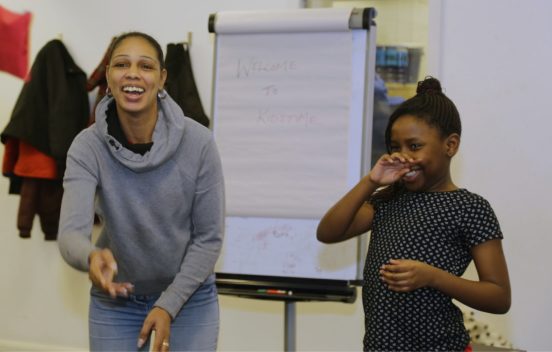 We’ve found that when young people understand more about their parent’s illness, discuss it in the family, and have a supportive adult to talk to, this increases their ability to protect their own mental health
View